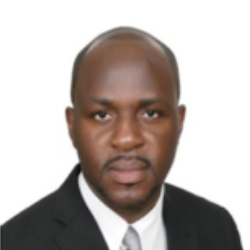 Chairman (Acting)
Shane Dalling is a lawyer by profession, Shane Dalling is currently the CEO of the Firearm Licensing Authority (FLA). He holds a Bachelor of Laws (Hons.) degree from the University of London, a Certificate in Legal Education from the Norman Manley Law School. Also, a Bachelor of Science (Hons.) degree in International Relations and Management Studies and a Certificate in Management Studies, both of which are from the University of the West Indies. Mr. Dalling has served on several boards across the public sector including Registrar General’s Department, the Jamaica Urban Transit Company, National Irrigation Commission (St. Catherine), and a former Commissioner with the Jamaica Racing Commission. Before entering the public sector, Mr. Dalling served several years in the private sector, working with two of Jamaica’s largest financial institutions- National Commercial Bank and the Royal Bank of Trinidad and Tobago is now known as Sagicor Bank. Additionally, he is the past director of Kiwanis Club of Spanish Town. Mr. Dalling is a member of the Lay Magistrate’s Association of Jamaica and also a member of the Jamaica Bar Association. 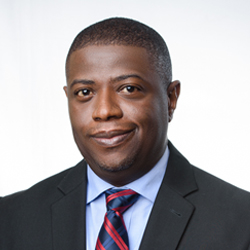 Chief Executive Officer Everton Anderson has been the Chief Executive Officer of the NHF and an Ex-Officio member of the NHF Board of Management since January 2013. He has held various positions as a health administrator including Regional Director of the Western Regional Health Authority, Chief Executive Officer of the Cornwall Regional Hospital and Parish Manager in St. James, Westmoreland and Hanover Health Services. He obtained his Bachelor of Science degree in Management Studies and his Master of Business Administration in Public Sector Management from the University of the West Indies, Mona. His wealth of health industry experience has guided the NHF to notable accomplishments, including receiving the Public Sector Corporate Governance Award for the 2016-2017 Financial Year and the top Customer Service Agency Award in 2015. He serves as the Co-Chair of the LINAC Steering Committee which is responsible for the establishment of the two new National Cancer Treatment Centres, among the largest investments in health care in Jamaica. He currently serves on the Board of Cornwall College and is a former Director for Maldon High, Herbert Morrison Technical High School and the Montego Bay Chamber of Commerce. Mr. Anderson is a Fellow in the American College of Health Care Executives. 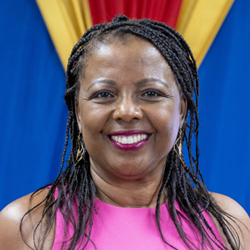 Cecile Watson was appointed to the Board of Management of the National Health Fund in 2016. She chairs the Audit, Governance and Human Resource sub-committees of the board.

Mrs. Watson is an entrepreneur and former banker with over 30 years in the banking and finance sectors. She has extensive experience as a manager in the private and public sectors.

She also serves on the board of the Development Bank of Jamaica and sits on three sub-committees of that Board. 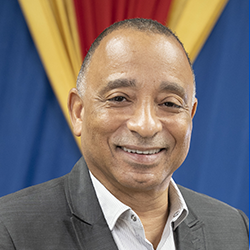 Duke Holness was appointed as a member of the Board of Management for the National Health in 2017. He is a senior executive with over 25 years of experience in successfully commercialising a wide range of consumer and pharmaceutical products for leading multi-national organisations.

Holness has had successful tenures in the Pharmaceutical Industry with multiple and diverse markets throughout the Caribbean and Latin American region. 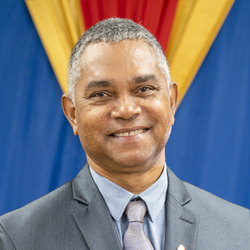 Michael Stern is a businessman and his first entrepreneurial endeavour was the supermarket chain called Shopper’s Fair. He has had notable achievements in communication and the technology sector. Mr. Stern served as the CEO of U2 Connect Communications Limited as well as Speedtalk Mobile, which spans across the Caribbean including Jamaica, Trinidad, Haiti, Suriname, Guyana, El Salvador, Honduras and Panama.

In addition to his numerous business ventures, from 1999-2010, Stern published a regional newspaper called News Express which reported on the news and other activities in Central Jamaica. For the past fifteen years, has organized a junior football league in North West Clarendon. He’s also an active member and contributor to the Rotary Club of Mandeville.

Mr. Stern, who is also the CEO of Property Development Company, Vim Investments Limited and has partnered with various groups to develop properties into lots and housing development mainly in Mandeville, Clarendon and St. Catherine.

Michael Stern has been involved in many philanthropic initiatives and has dedicated his time and portions of his resources in helping the indigents and has also organized many treats for children and various community based activities aimed at helping with the social and infrastructural needs of communities he served.

He holds a BA in Business Finance from Florida International University and currently serves as a Government consultant in the area of infrastructure development and communication. 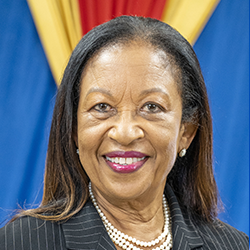 Hermine Metcalfe is a veteran pharmacist who has worked in the private and public sectors for many years, having held the post of Chief Pharmacist at both the Kingston Public Hospital and Victoria Jubilee Hospital. In 2013, she received the Lifetime Achievement Award in Pharmacy by the Pharmaceutical Society of Jamaica, of which she is an active member. Ms. Metcalfe also serves on the Pharmacy Council of Jamaica of which she is a former Chairman. Currently, she serves as Chairman of the St. Patrick’s Foundation and is a Distinguished President of the Kiwanis Club of New Kingston of which she is a member. In 2016, she was awarded the Order of Distinction. 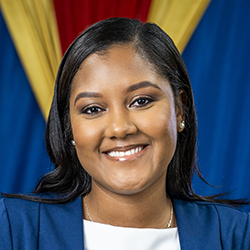 Nicole Ebanks is a consultant to the Ministry of Health and Wellness (MOHW) and a member of the Board of Directors at the Bellevue Psychiatric Hospital. As a consultant, she assists with driving key initiatives such as the Mental Health Response to COVID-19. Among Ms. Ebanks’ strengths is her ability to apply strong management and administrative expertise to transform strategic plans into workable tactical solutions. She is particularly adept at organising and co-ordinating, as well as leveraging her understanding of Governance practices to assist in driving priority programmes. Prior to her work in the health sector, Ms. Ebanks served as a Quality Specialist and Assistant Kaizen Promotion Officer at Sutherland Global Services. She is currently studying for her Master of Business Administration at the University of West Indies, Mona Campus. 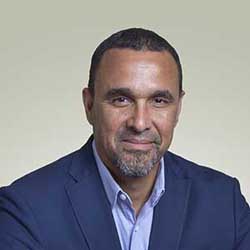 Ian Murray is a Graduate of Brandies University, and a former Senator was appointed as a member of the Board of Management of the National Health Fund in 2018.

He is the Managing Director of Sanitary Removal Limited a corporate hygiene company with offices in Kingston, May Pen and Discovery Bay, Jamaica.

In addition to the NHF, he also currently serves on the boards of the National Land Agency and Casino Gaming Commission. 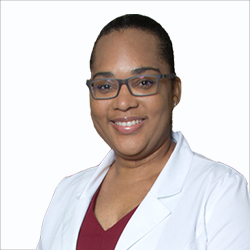 Dr. Kamal Mars was appointed as a member of the Board of Management for the National Health Fund in 2017. She is a Urologist and a Level 4 medical officer at the Cornwall Regional Hospital in Montego Bay. She also consults privately at the Baywest Wellness Clinic, the Montego Bay Hospital and the Hospiten Montego Bay. 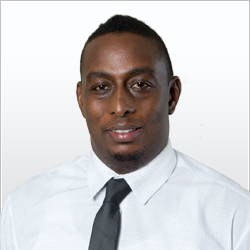 Mr. McNally is currently the Assistant General Manager for Compliance Management at the National Housing Trust having served as Branch Manager from 2013 – 2017. Additionally, He lectures at the Northern Caribbean University.

Sonia Stewart-Gordon is a human resource practitioner with over 20 years’ experience in that field, retiring as the Director of Human Resource & Administrator for one of Jamaica’s major distribution companies. During this period, she had responsibilities for developing and implementing policies and strategies to ensure the highest levels of staff engagement and satisfaction. As a Life Coach, she now utilizes her human resource experiences, along with her own personal life experiences, to support clients in successfully navigating the various life changes they encounter along life's journey enabling them to step into their greatness, achieve their goals and live life to its fullness. Mrs. Stewart-Gordon serves a co-opted member of the Human Resource Sub Committee.

You may communicate with the members of the Board by writing to:


Communications may be distributed to all members of the Board or to any individual member of the Board, as appropriate, depending on the facts and circumstances. In that regard, the Board of Management advises that items that are unrelated to the duties and responsibilities of the Board should be excluded and will not be responded to. Such items include, but are not limited to: