The perimeter fencing and boundary wall project for the Lionel Town Hospital, which was funded by the National Health Fund (NHF) is now complete. The completion of the project valued at $38.9 million was announced by the Minister of Health and Wellness in a ceremony held on the hospital grounds on Friday, April 22, 2022. 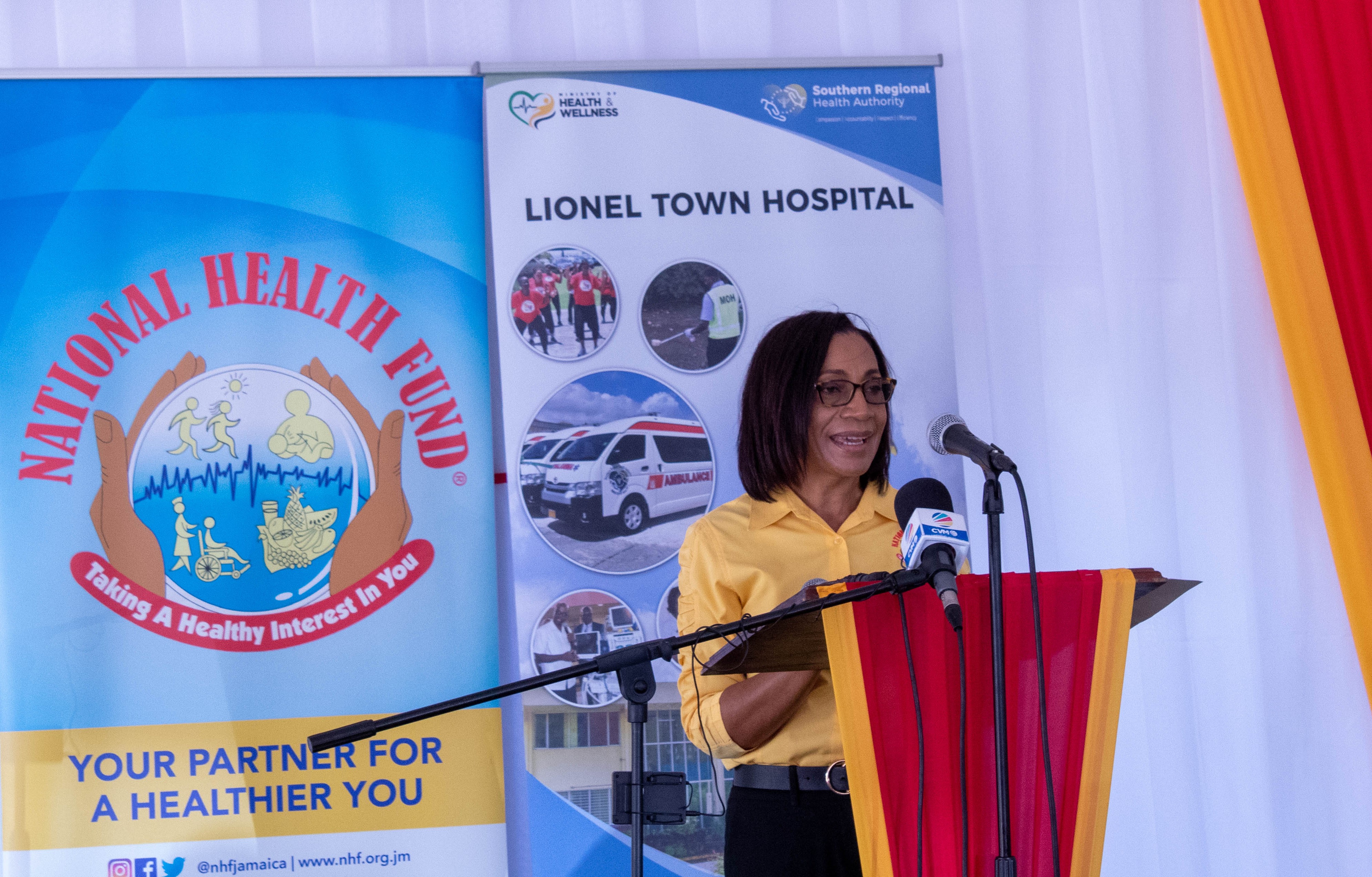 The safety of the staff and patients at the facility has been a long-standing concern of the leaders within the Southern Regional Health Authority (SRHA), due to the broken-down fencing around the hospital and the issues this created.

“Over time due to natural disasters and wear and tear, the chain-link fencing previously installed at the facility deteriorated. This gave way to persons from surrounding areas using the hospital compound as an alternative route. Overall, the safety of staff and patients were compromised by the great loophole caused by the lack of boundary. Now, we are able to say these issues are behind us,” Minister of Health and Wellness, Dr the Hon Christopher Tufton. 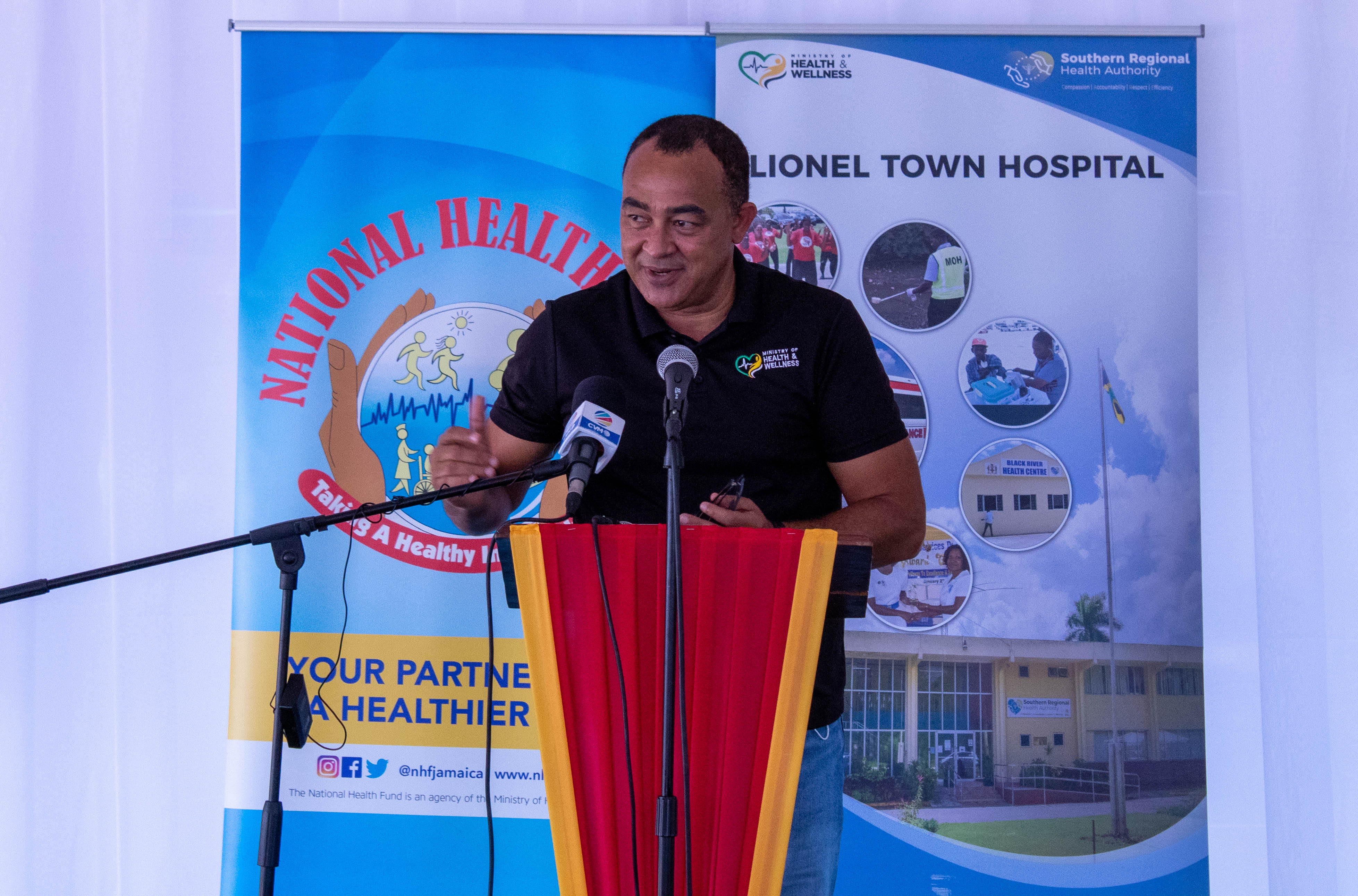 Minister of Health and Wellness, Dr. The Hon. Christopher Tufton delivering the main address at the Handover Ceremony for the new perimeter fencing project recently completed at the Lionel Town Hospital. The project was funded by the NHF.

The 50-bed hospital is a Type-C facility that offers service to approximately 40,000 residents from Lionel Town, and surrounding communities in the parish of Clarendon.

“The NHF is very pleased to have supported the installation of the perimeter fencing and boundary wall at the Lionel Town Hospital. It was important to us that the project be completed within budget, and within the timeline stipulated so that staff are able to carry out their work in a more secure environment, and the security of patients is improved sooner than later,” Everton Anderson, CEO, National Health Fund.

Also in Clarendon, $56 million was recently budgeted by the NHF for phase two of the renovation being done at the Chapelton Community Hospital. The first phase was undertaken through a donation of US$1 million by the United States-based Push Start Foundation.