NHF partners with the Jamaica Cancer Society with $18.5M for cancer screening

The National Health Fund (NHF) on Friday, April 22, 2022 entered into a new $18.5 million partnership agreement with the Jamaica Cancer Society (JCS) aimed at mitigating against the alarming cancer statistics on the island, including cervical cancer.

The NHF through its screening programme focuses on the early detection and prevention of non-communicable diseases (NCDs) such as cancer, which is a major public health issue for Jamaica. As such, the partnership sees the organisation expanding screening services to include PAP Smears, Mammograms and Prostate Specific Antigen and Digital Rectal Examination (PSA/DRE) over the course of this fiscal year. Screenings will be carried out primarily as outreach activities across the island to enable easy access for the vulnerable. 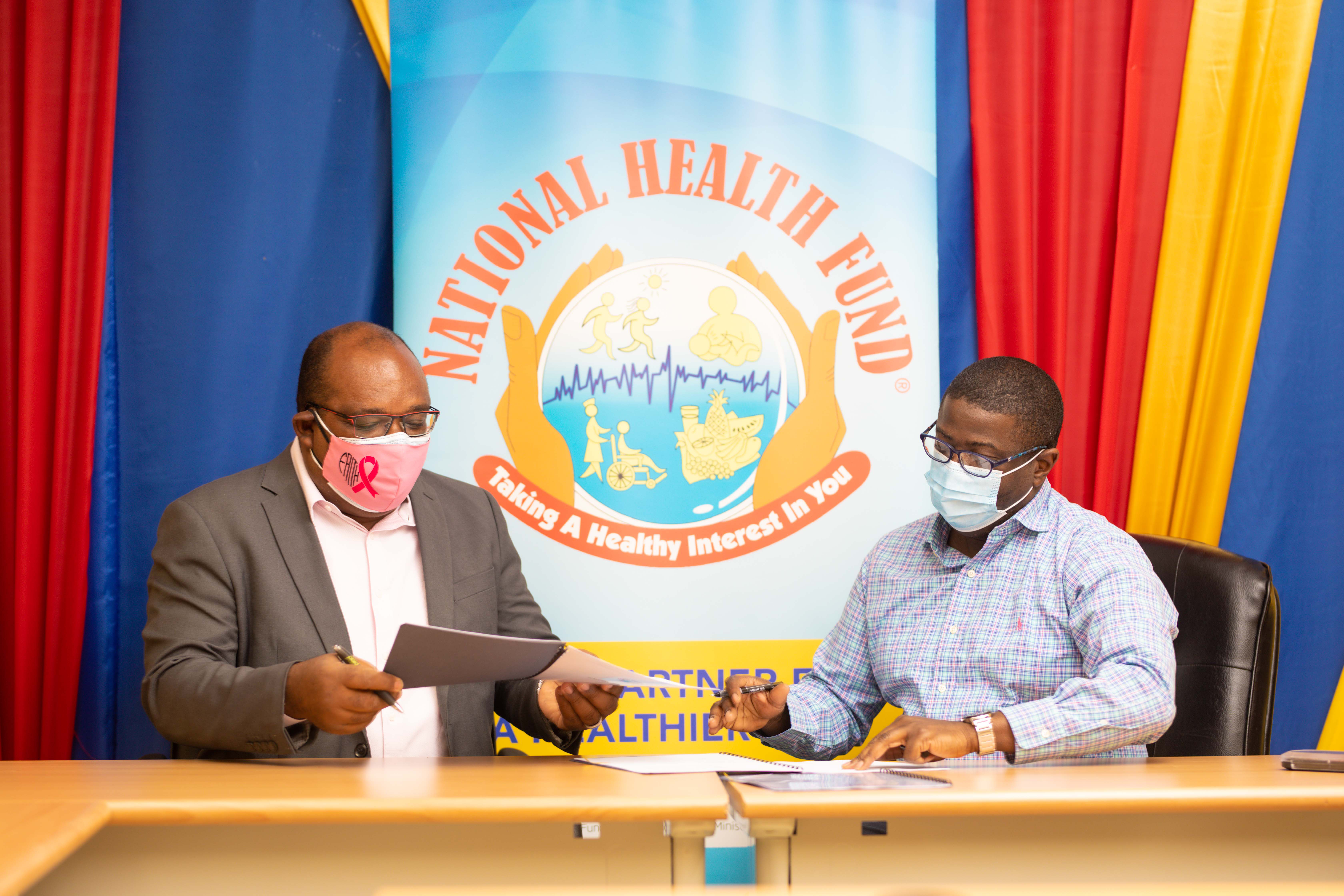 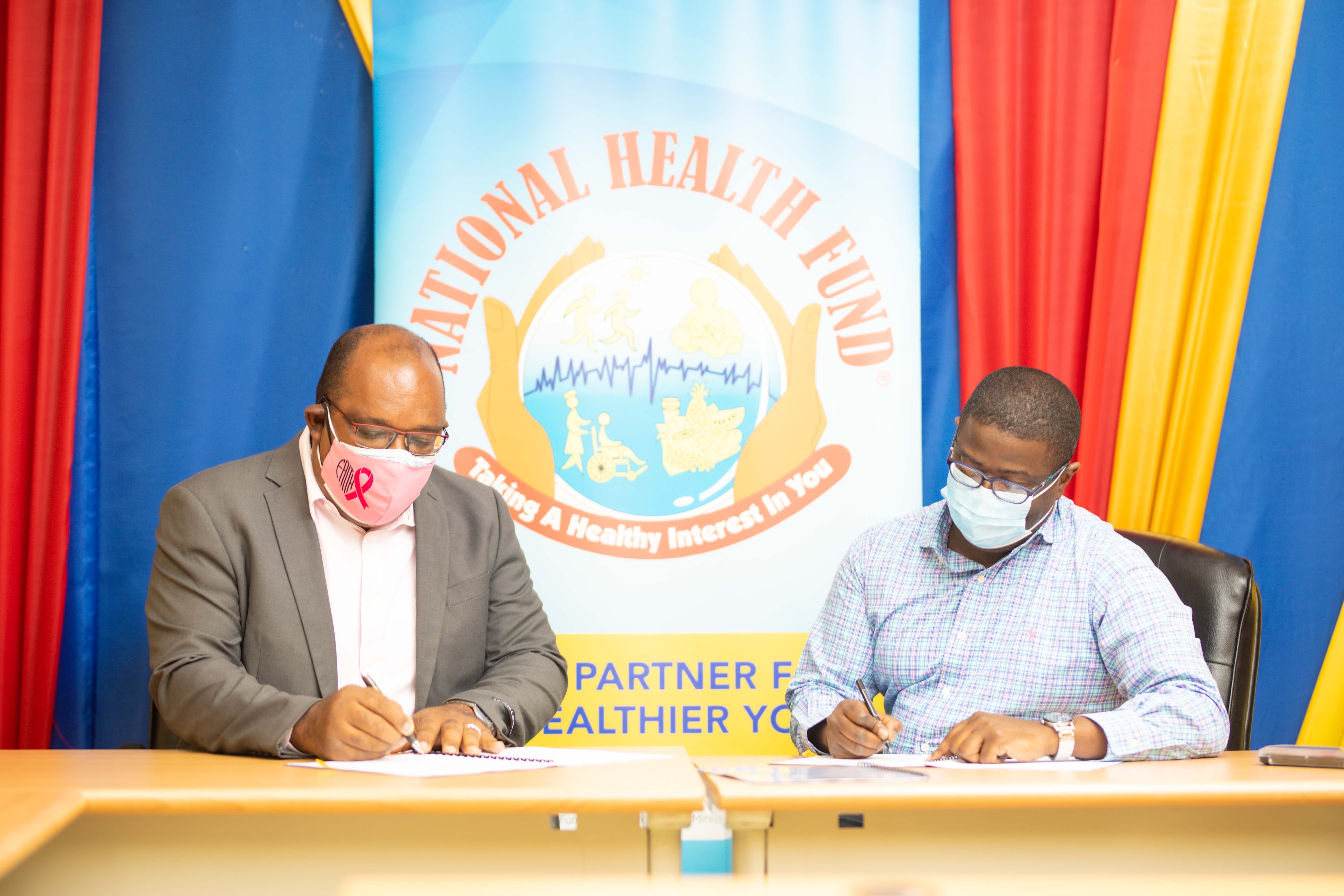 Chief Executive Officer at the NHF, Everton Anderson (right) and Jamaica Cancer Society’s Michael Leslie, acting executive director sign the new annual contract for $18.5 million entered into between the two organisations. The contract was signed at the NHF’s Head Office.

In commemorating cervical cancer month, the National Health Fund remains a key player in supporting PAP smear services through the JCS. A sum of $6.7M of the new contract with the NGO is allocated for 2,000 Pap Smears for this year. 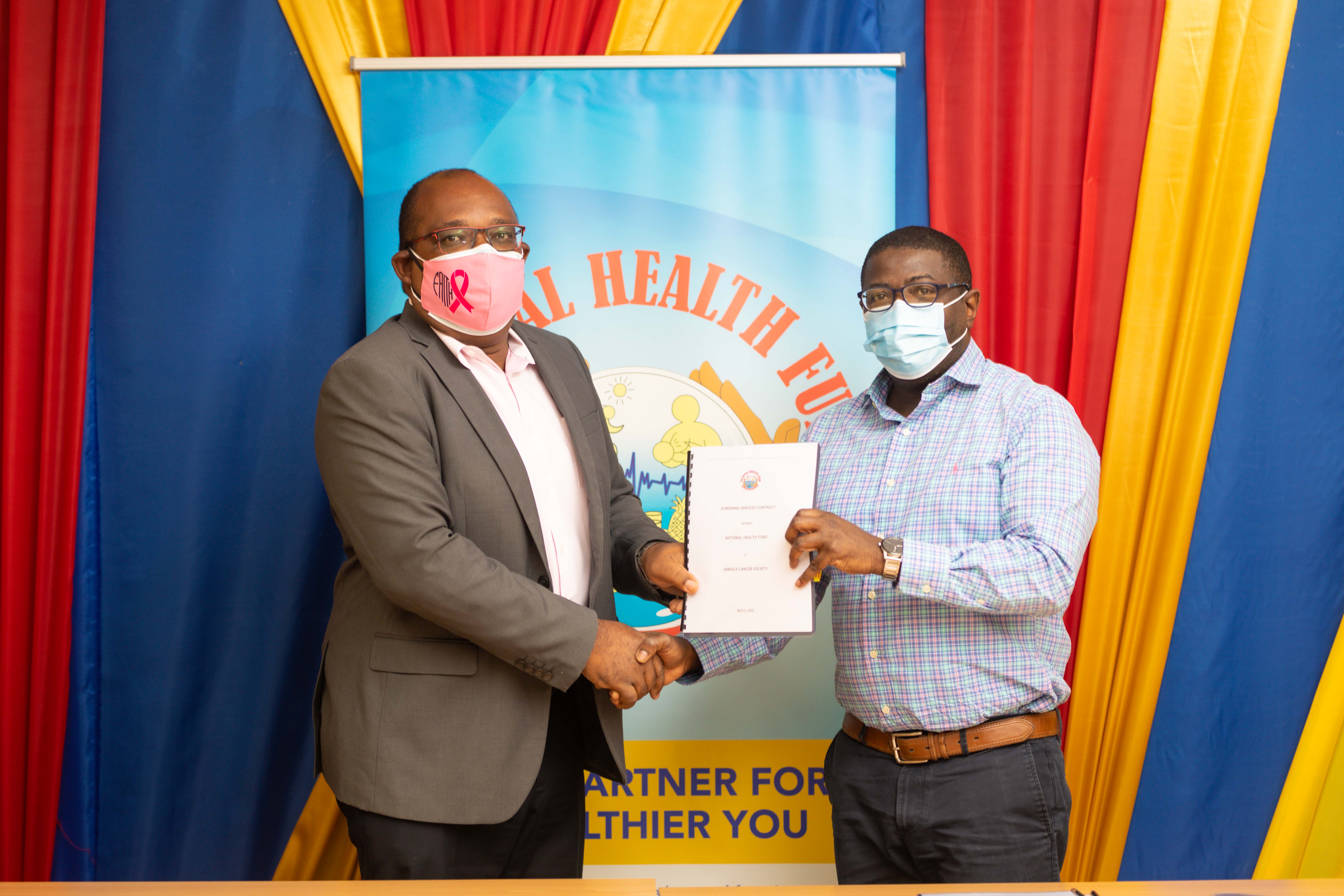